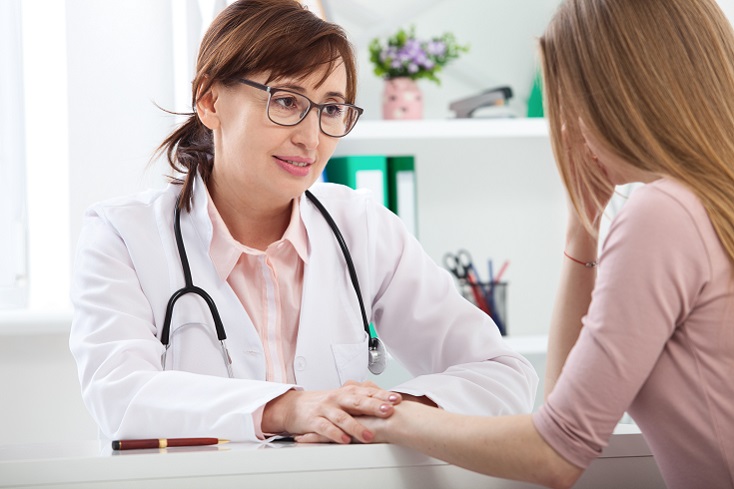 Esketamine nasal spray is a new type of antidepressant, working completely differently than any other treatments for depression. This new indication (approved usage) of esketamine is in addition to the previously approved treatment for adults with treatment-resistant depression. Additionally, now that it has been proven effective for adults, there is an ongoing study using esketamine to reduce symptoms of MDD, including suicidal ideation, in pediatric patients.

The new indication was approved based on two identical clinical trials (found here and here), in which esketamine was combined with the comprehensive standard of care, which included hospitalization and a newly initiated or optimized antidepressant. Patients received esketamine 84 mg or placebo nasal spray twice a week for four weeks.

Both groups in the studies continued to improve between four hours and 25 days, with 41% and 43% of patients treated with esketamine and 27% and 34% of patients in the placebo group achieving a significant decrease of their depressive symptoms, respectively.

The improvement in the severity of suicidality at 24 hours was measured using a standardized global scale. The treatment difference between the two groups of patients was not statistically significant and both groups demonstrated a similar reduction in suicidality. In other words, while eskatamine includes treatment for acute suicidal ideation, it has not shown effectiveness in preventing suicide or in reducing suicidal ideation or behavior. It is therefore essential to consider the need for hospitalization as necessary, even if patients experience improvement after an initial dose.

The recommended dosage for esketamine for adults with MDD is different than the dosing established for treatment-resistant depression. For MDD, it is recommended to start at the highest dose of 84 mg twice per week for four weeks. The dose can be reduced to 56 mg twice per week based on tolerability. The therapeutic benefit of continued esketamine after four weeks has not yet been established.

When using esketamine for treatment-resistant depression, the medication is started at 56 mg and then can be increased to 84 mg. It is administered twice weekly for four weeks and then weekly through week eight. After this, it can be administered every two weeks or once weekly as needed.

The use of esketamine is not without adverse effects. The most common adverse effects included dissociation (a feeling of disconnection from yourself, your thoughts, feelings, space and time), dizziness, sedation, increased blood pressure, hypoesthesia, vomiting, euphoric mood and vertigo.

Patients who choose eskatamine as a treatment option must be treated at a certified treatment center according to the established REMS program, which was developed to ensure the safety of all patients who are treated with esketamine. The goal of the program is to minimize the risks of serious adverse outcomes caused by esketamine administration. Center personnel are trained to administer the medication and address all the required needs of the patient.

While antidepressants take several weeks to work, esketamine offers an option to find relief quickly. While we continue to figure out the place of esketamine in the depression treatment process, we know it has the potential to be game-changing for people with MDD and treatment-resistant depression getting the help they need.

Dr. Ehret is a graduate of the University of Toledo where she completed her BS and PharmD degrees. She is the current Past-President for the College of Psychiatric and Neurologic Pharmacists Association. Her full-time role is an Associate Professor at the University of Maryland School of Pharmacy with a practice site at The University of Maryland Mid Town Campus. She is currently Chair of the Student Affairs Committee. Additionally, she also has the privilege of working with the State of Maryland Medicaid Program in evaluating antipsychotic use in the state. Dr. Ehret has numerous publications and book chapters describing psychotropic medication adherence and the role of pharmacogenomics in medication selection.

Out of an abundance of caution, NAMI Gulf Coast staff will be working remotely until further notice.

We will continue to answer Helpline calls from Monday – Friday, 9AM-4PM.